An exhibition first shown at Rydal Mount in the Lake District is to be displayed in London this autumn at the Royal Geographical Society.

Dorothy’s Room will be part of the Landlines exhibition, the inaugural show of the Wilderness Art Collective.

Created by the artist and researcher Louise Ann Wilson, Dorothy’s Room gives a new insight into the life of Dorothy Wordsworth. It was first staged last summer in Dorothy’s own bedroom in the house near Ambleside where she lived with her brother, the poet William Wordsworth, and his wife Mary.   Dorothy was an author, poet and diarist herself.

The new installation was created for Rydal Mount and used film, sound and objects brought in from the outside landscape. It was inspired by Dorothy Wordsworth’s Rydal Journals in which she describes “rural sights and sounds” in vivid detail and recollects the landscape and walks she was no longer able to do.

“In older age Dorothy gradually became house, bedroom and terrace bound, relying on memory to transport herself into the landscape she had once walked,” says Louise Ann.

“It was really radical at that time for a woman to walk in the landscape.”

Dorothy also brought “treasures” into her “quiet” room. The walls were hung with paintings, pots of flowers lined her window ledge, plants grew around her window, which framed the fells she once walked, sunshine and the “sweet sound” of a robin singing entered from the garden. William acknowledged the importance of her influence in some of his poems.

The exhibition last summer had a display of objects and artefacts on the bed, on whose pillows were copied scripts from the journals. There were knitting needles and thimbles, birds’ eggs, feathers, dried flowers and herbs. A repeating film of Dorothy’s landscape was projected onto the bedroom wall. 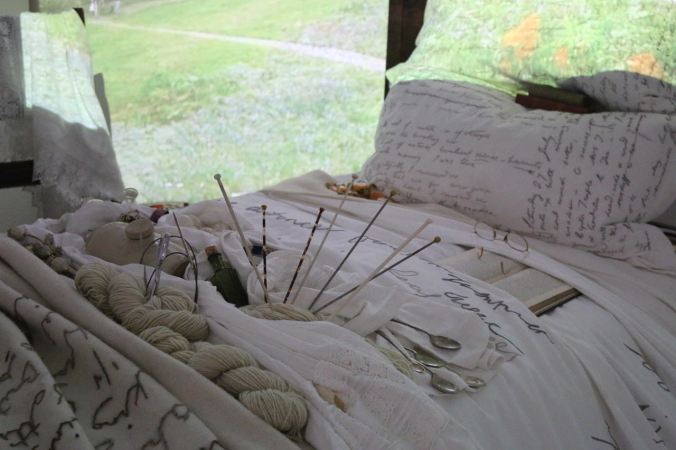 Louise Ann Wilson has a Ph.D. in Theatre Studies from Lancaster Institute of the Contemporary Arts, Lancaster University, where she is a visiting lecturer. The Rydal Mount curator at the time, Peter Elkington, said: “This adds an extra dimension because it brings people to see Dorothy in a new light, in the very room where she spent a lot of her time.”

Now the project will be included in the show at the prestigious RGS in Kensington, and will showcase the talents of 15 artists in all, in aid of the charity Wilderness Foundation UK. 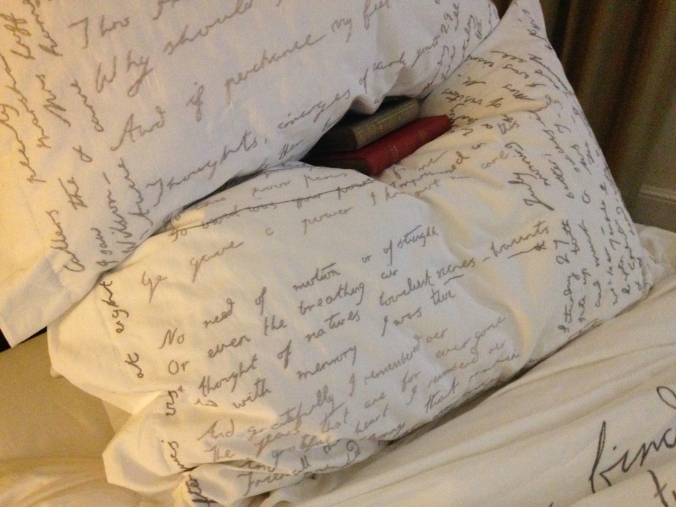 The Wilderness Art Collective is a non-profit group of creatives, artists, explorers and environmentalists whose work discusses the natural world. The Collective’s goals are to highlight the plight of the world’s wildernesses and wildlife; to act as a space for discussion about interaction with the environment; to encourage re-engagement with the natural landscape; and to promote preservation and care through art and other creative endeavours.

The new curator at Rydal Mount, Emily Heath said: “We are thrilled that a small part of our heritage here in the Lake District will be given a much wider audience in London. Dorothy’s room is loved by visitors who come here.”

One thought on “Dorothy Wordsworth heads to London”