Celebrities, artists, writers and musicians have joined a project to celebrate the 250th anniversary of the birth of William Wordsworth .

They have read Wordsworth’s poems to be viewed and heard throughout the world on a website which has gone beyond the wildest dreams of the organisers, the poet’s descendants.

Wordsworth250 is being led by Christopher Wordsworth Andrew, the great great great great grandson of the poet whose family still own the house at Rydal Mount near Ambleside where William lived for most of his life.

The house, which opened to the public for the first time 50 years ago, is currently closed because of the health crisis. The family had planned a series of events there – including the 80th birthday of Christopher’s mother Susan – but decided that celebrations must go ahead in a virtual way. 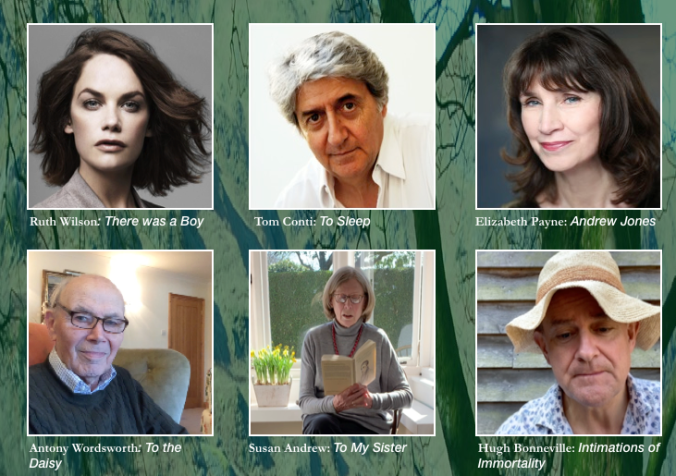 The website was featured this week in The Guardian which reports that: “A host of actors and celebrities have jumped at the chance to record their favourite Wordsworth poems to mark the 250th anniversary of his birth, with the poet’s descendants now appealing to the public to send in their own readings to help them build a living archive of his writing online.

“Stephen Fry and Brian Cox’s sonorous tones can be heard declaiming William Wordsworth’s The World Is Too Much With Us, Caroline Quentin is reading the Romantic poet’s Lines Written in Early Spring, and William H Macy has taken on his She Dwelt Among the Untrodden Ways.”

There have been poems set to music and sung; old favourites presented in new – and sometimes startling – ways. Actors such as Tom Conti have joined members of the Wordsworth family; readers old and young have presented their favourites.

The website is www.wordsworth250.com and contributions can be made by members of the public to wordsworth250@gmail.com ; audio or video files can be submitted and can be recorded on a mobile phone. If files are too large to email, they can be sent to the same address using We Transfer.

Christopher said that William’s poems were more relevant today than ever. “He was a pioneer with his views about nature and the environment.

“We launched three poems  with celebrity readings, and we have been overwhelmed by the response. We want to keep this open for everyone, to record their favourite poem and we will keep it on the website for ever. We found that actually everybody rather likes Wordsworth. Not just the daffodils and Westminster Bridge, but a whole load of other things as well.”